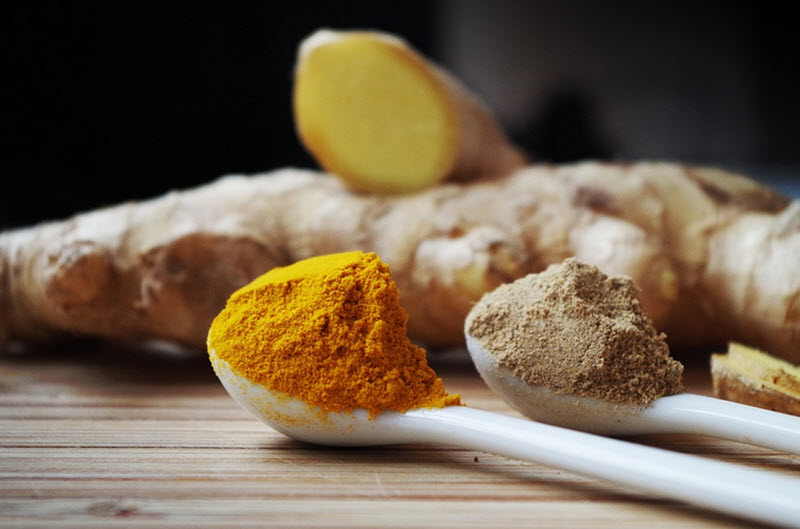 Ginger (Zingiber officinale) is a perennial flowering plant that grows to be about one meter tall and produce yellow flowers. It is a member of the family Zingiberaceae, where we also find turmeric (Curcuma longa) and cardamom (Elettaria cardamomum). Ginger, turmeric and cardamom are all celebrated not just for their taste but also for their health promoting properties.

Ginger originated in the tropical rain forest of Southern Asia, probably in India since that is where we find the largest genetic diversity of ginger. It is an important ingredient in local medical traditions within its native range. During the first century AD, export of ginger to Europe commenced, as a part of the blossoming spice trade.

It is the underground rhizome of the ginger that is most commonly used in food, drinks and traditional medicine. In some recipes you will see it called ginger root instead of just ginger.

The rhizome looks like a fat root, but is actually a modified subterranean stem used to store starches, proteins and other nutrients. The rhizome has the ability to send out roots and shoots from its nodes. 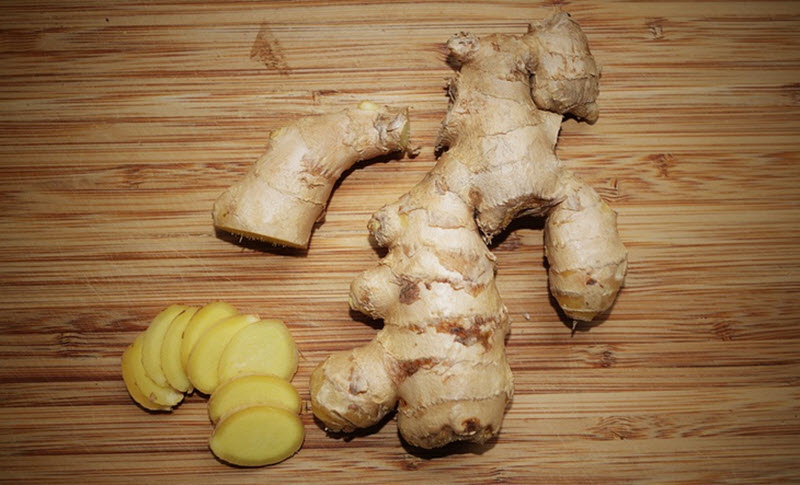 In stores, ginger rhizome is sold in various forms.

The fragrance and flavor of ginger is largely due to essential oil, primarily zingerone, shogaols and gingerols. The major pungent compound in the ginger rhizome is [6]-gingerol, a compound fairly closely related to capsaicin (found in chilli pepper) and piperine (found in black pepper).

When ginger is dried or heated, the [6]-gingerol is transformed into zingerone and [6]-shogaol. Zingerone is responsible for the sweetness of dried or cooked ginger. Shogaols are roughly twice as spicy as gingerol, which is why dried ginger is more pungent than fresh.

The sialagogue action of ginger

Ginger has a sialagogue action, which means that it stimulates the excretion of saliva. Because of this, ginger in the food can make it easier to swallow the food.

Ginger contains moderate amounts of oxalate. If you have a history of developing kidney stones or gall stones that contain oxalate, keep your ginger consumption low.

Ginger interact with certain medications, including the anticoagulant drug warfarin and the cardiovascular drug nifedipine.