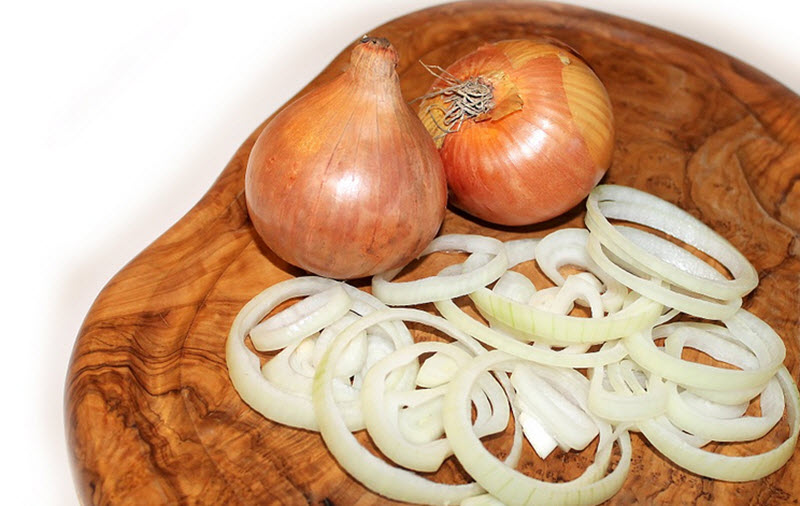 The common onion, Allium cepa, is the most widely cultivated species of the genus Allium.

There is a lot of variation within the species Allium cepa. Notably, yellow onion, white onion and red onion are all versions of Allium cepa. The shallot used to be classified as a separate species (A. ascalonicum) but has since been reclassified and is now considered a member of the A. cepa species. The potato onion is also a version of A. cepa. It is similar to the shallot but produces larger bulbs.

The nutritional profile of a common onion will vary, since there are so many different versions of it available. Generally speaking, the bulb consists of nearly 90% water and less than 5% sugar. It is not rich in fiber (2%) or protein (1%), and it contains only a miniscule amount of fat. The energy value is approximately 40 kcal per 100 grams. 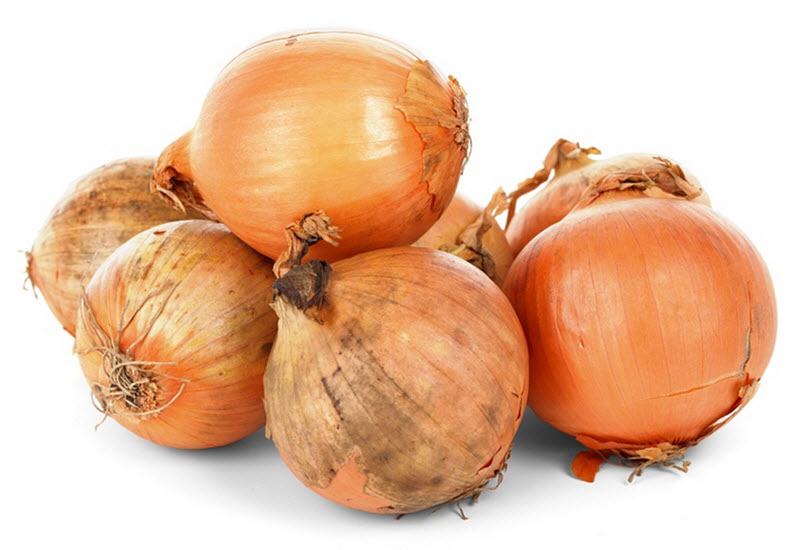 Onions contain a variety of sulphuric compounds that are partially destroyed when the onion is cooked. Since many of the known or alleged health benefits of onion consumption are tied to these compounds, eating raw onions have its benefits.

One of the suphuric compounds is allyl propyl disulphide (APDS), an essential oil. In a study published in 1975, volunteers fasted for 12 hours and were then administred APDS. This caused a significant fall in blood glucose levels and a significant rise in the serum insulin levels during the following four hours. The level of serum free fatty acids were expected to rise, but didn’t. This was probably due to the rise in insuline levels. It is possible that APDS could help balancing blood sugar levels.